Rose to the occasion .. 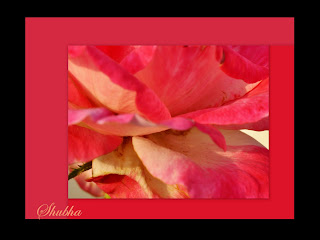 Discover collages !
Posted by shubd at 6:46 AM No comments: 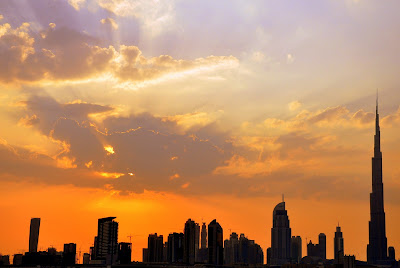 We were driving along the Al Aweer Road , Dubai , U.A.E. last evening ( 06 Nov 10 ) when we witnessed a spectacular sunset with the silhouettes of the high rise building of Sh. Zayed Road showing in sharp contrast against the glow of the setting sun .  At the extreme right corner you can see the Burj Al Khalifa , the current No.1 on the list of the World's Tallest Buildings.
Posted by shubd at 1:02 AM 5 comments:

Durga Pooja is celebrated widely in the Indian states of West Bengal , Assam, Orissa, and Tripura.
It is an annual Hindu festival which venerates the Goddess Durga . The six days it is celebrated on are the Mahalaya, Sashthi, Maha Saptami, Maha Ashtami , Maha Navmi and Bijoya Dashmi.
On the tenth day of Bijoya Dashmi , Durga the Mother , returns to Shiva, her husband. This is symbolised by the immersion of the idol in the waters .... the ritual being "Bishorjon".
Durga Pooja also includes the worship of Shiv, Lakshmi , Ganesha , Saraswati and Kartikeya .
Modern traditions have come to include elaborately decorated pandals and artistically decorated idols .
Ritual drummers called "Dhaakis" beat a leather strung "dhaak" and show off their skills during ritual dance worship called aarti.
The festival also celebrates the triumph of Good over Evil , symbolised by the slaying of the demon "Mahisasur" by Durga Maa.

Raindrops glisten off the leaf of a rose . 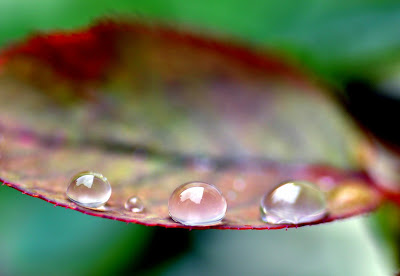 A Spot of Rainbow

Who needs Photoshop when you have God on your side .....

Took these pictures this evening with the skies dark and threatening to rain yet again . Instead what we got was a spot of rainbow !! 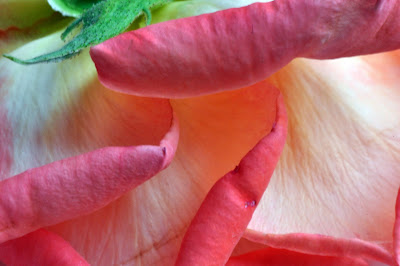 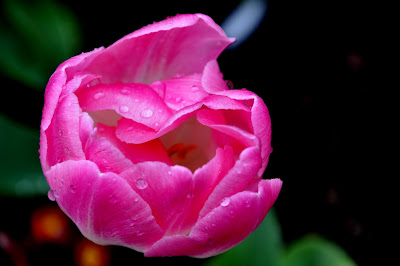 You make my day .

Received this award from my dear friend Indrani. Thank you so much Indrani.